GBP/JPY is potential to be pumped

The bearish wave looks to be finally ending

GBP/JPY has been going through a sharp descending wave since 28th of October 2022. The price line has currently broken above its bearish trend line, which is indicated as a dark red descending line. The potential for a bullish leg is now high and buyers are suggested to keep an eye on this pair. 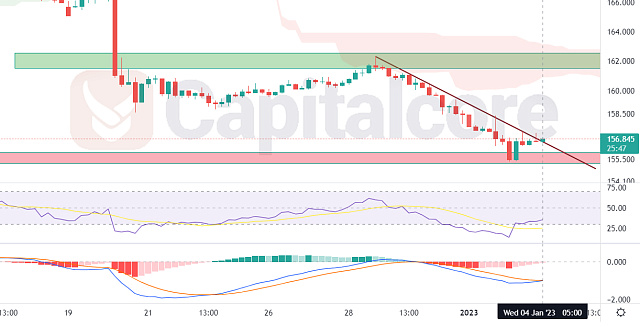 After experiencing a sudden wave of downward movement, the price line on the GBPJPY price chart is now resting on a zone of strong support. Since it has already been able to pump the price line a few times and overlaps with level 0.236 of the Fibonacci retracement on the previous major ascending wave, this support level, which is depicted as a light red zone on the chart, is considered very significant, as it has already shown its ability to pump the price line. Both RSI and MACD indicate a strong likelihood that a bullish wave will occur soon. The MACD Histograms are on the verge of turning green, and the RSI is recovering from the overselling area.